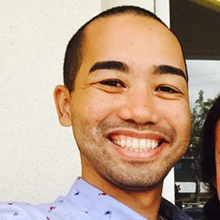 Right out of college, Hale Pascua took a job - what he thought was his dream job - as a director of finance for a hotel company in his native Hawaii. But after too many late nights at the office, he took a closer look at what his life was becoming.

"I was working 70 hours a week," he says. "I used coffee to stay awake all day and beer to put me to sleep. Then, I would wake up the next day and do it all again." He once went six months without seeing his family. When family members saw him, they said he looked as if he'd aged six years. The life-style was wearing him down.

His older sister, Brandy Sinoto, always had an entrepreneurial spirit and the pair liked the idea of going into business together and being their own bosses.

"Owning your own business - entrepreneurism - is the career of my generation," Hale says. "The 40-year career with the same company doesn't resonate with my generation anymore... Now, a FOUR-YEAR Career is actually possible, and I'm creating a community of entrepreneurs who are committed to high levels of success, health, wealth, and fun," Hale says.

His wallet is healthy, too. "My background is accounting and finance, so I've always been good at managing my money, but I've never had so much money that I didn't know what to do with it," he says. "It's not a bad place to be at 29 years old!"

Hale's story was recently featured in Prosper Magazine. His entrepreneurial journey started at age 14, selling vacuums door-to-door. Now at age 29, Hale is maximizing the leverage available to everyone who chooses to build a business within the Network Marketing profession - and earning more than CEOs twice his age.