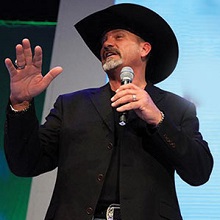 Based in DeQueen, Arkansas, Randy Hedge was a single dad and a former insurance broker when he got involved in his current network marketing company. Today he is a top money earner leading a growing team of over 35,000 in Texas, Georgia, Pennsylvania, Maryland, Missouri, and the District of Columbia.

Randy’s innate gift for telling a good story and timing a joke, as well as his knack for mixing humor with hard-hitting business training, made him one of the most sought-after speakers in his company. Yet he is quick to inform prospects and new business partners that entertaining or educating a crowd is not what he gets paid to do.

Randy likes to point to the success of top leaders on his team who simply used the system and plugged into meetings where they never took the stage. Often a long-distance sponsor, he compares his leadership style to an “absentee daddy” whose kids knew he loved them and was there for them in case of an emergency, but who also taught them to be self-dependent.

When Randy married his soul mate Marcie in 2006, he made the commitment to never be away from his family for more than three or four days at a time. Extensive travel while building his previous business took a toll on his first marriage, and going through the loss of a business and a marriage made him reprioritize. What was one of the most difficult times in his life became one of the biggest blessings, because it allowed him to understand and protect what’s most important to him.