Personal Development, Business and Leadership Development for Over Two Decades: "I grow people." 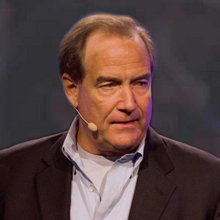 MLM Network Marketing Social Media Expert Trainer, Speaker, Author, Doug Firebaugh entered the Home Business Network Marketing arena in 1985, and was full time for 14 years helping to build and co-lead a home business organization that spanned 8 countries and produced hundreds of millions in sales. Then he formed PassionFire International in 1999 going full time as a speaker and consultant, doing business in over a 30 countries today. It was later renamed Doug Firebaugh Training International.

The mission is simple: To educate and instruct the Home Business Professional on every aspect of home business, network marketing, social media, and team building mastery. The approach to training is fresh, unique, and GETS RESULTS. It is all part of the Doug Firebaugh Training System that has been developed. Doug was also in 2006 the very first in the Home Business Profession to author and offer generic Social Media Training Resources exclusive for the network marketer. He has consulted with dozens of CEOs and Presidents of Home Business companies. And from his training with field leaders and top earners, unique ideas, and consulting the last 10 years, he has been blessed to build a literal Billion Dollar Success story.

Dr. Doug Firebaugh says: "We believe in the philosophy that we were created by God to Succeed, not survive, to live a life of Victory, and not a life of victim-hood. PassionFire has been blessed to do business with distributors/consultants that represent over 500 direct marketing companies, including folks from the U.S., Europe, Asia, Middle East, Australia, Canada, South America, among other countries."

Doug recently partnered with Zig Ziglar on a Home Business Training blog and resources, and those will be launched in 2012.

He co-partnered an organization for a direct marketing company that spanned the globe and produced hundreds of millions in sales.

Doug is known for his tremendous amount of training articles, videos, audios, that are read and viewed all over the world by an estimated million people a month. As a frequently featured guest speaker in a multitude of seminars every year, Doug presents powerful teachings and ideas with Passion in a most impacting, life-transforming way. His content is always fresh, totally unique and filled with a powerful energy that ignites a fire in the hearts of all who hear him.

He and his wife, Jodi, also offer powerful faith-based teachings based on Biblical Kingdom Principles for Success and High Achievement, and the True Substance of Wealth.