From Humble Beginnings to Becoming a Self-Made Millionaire, Respected Businessman, Success Coach, Speaker and Author of Millionaire By Halftime and Be, Do and Have More 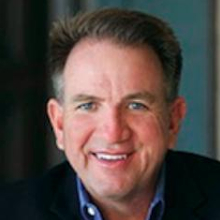 Presley Swagerty has risen from humble beginnings to become a self-made multi-millionaire, a well-respected businessman, success coach, speaker, and author. Growing up in Pleasant Grove, an impoverished suburb of Dallas with his mom, he used basketball as an anchor to keep him on the right track. He earned his Bachelor’s degree in history/math and became a successful high school basketball coach.

After years of living month-to-month, no savings and bills piling up, Presley decided to make a change in his life and for his wife and children. He always knew he had greatness within himself - he just never knew how to achieve the goals he wished he could. His cousin Manny had become a successful businessman and, in turn, became Presley's mentor.

It wasn't long after he chose to take responsibility for the results he was getting in life that he built an incredibly large business, earning residual income in the millions of dollars. Presley currently serves as a Presidential Director with an energy company based out of Dallas, TX. In his time with the company, this company has now become one of the largest Competitive Retail Energy providers in the world.

Presley's business dealings are vast and varied. He is a major shareholder for Global Innovation where he serves on the Board of Directors. He also owns: Swagerty Investments, a real estate company, Circle S Records, a record label, and Delta Pearl Publishing, a music publishing company.

He is committed to helping others achieve their potential in order to live richer, more fulfilling lives. His speeches, books and daily encouragement to thousands of people have changed the paths of those impacted worldwide. Presley is also the author of the highly acclaimed and successful networking book, Millionaire by Halftime and his newest book, Be, Do and Have More!

Presley and his wife, Jeanie, live in Flower Mound, TX. They have two successful grown children, SaraBeth and Jordan. SaraBeth is a rising star in the country music industry and has released multiple songs and music videos and is now traveling world-wide. Jordan is a professional baseball player who pitches for the St. Louis Cardinals.